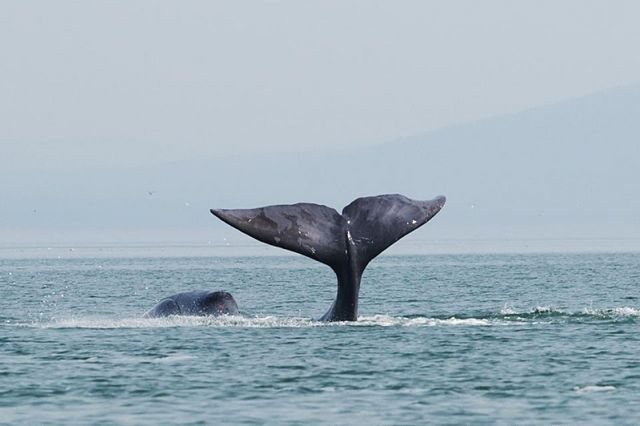 Rescuers have cut off almost all the gear in which the bowhead whale got stuck in the Sea of ​​Okhotsk. Governor of the Khabarovsk Territory Mikhail Degtyarev announced this on his Telegram channel.

Recall that on July 29, members of the expedition of the World Wildlife Fund of Russia and a local tour operator discovered a Red Book whale entangled in fishing nets in the sea.

Degtyarev said that now the mammal is in free swimming. Rescuers are left to remove the rope from the upper jaw, but this requires special tools that are now being made urgently, the governor said.

Experts believe that it will take about two more to completely free the whale. three days, he concluded.

Earlier, footage of an otter being rescued from a flood in Thailand has surfaced online. A Spanish animal rights activist helped the animal cross a flooded street.

Also, recently, a polar bear with a can of condensed milk stuck in its mouth came to people in the Krasnoyarsk Territory for help. Veterinarians from Moscow arrived to save the animal. After rescuing the beast, which turned out to be a young bear, they took it to the tundra.