Vladimir Kuznetsov spoke about the dangers of Ukrainian drone attacks

Ukrainian nationalists continue to attack the Zaporozhye nuclear power plant in Energodar with maniacal persistence. On July 18, as a result of the strike, 11 employees of the station were injured, four in serious condition. On July 20, the station was attacked by three Ukrainian kamikaze drones. Explosions thundered not far from the atomic blocks. Professor Vladimir Kuznetsov, the former head of the Inspectorate for Supervision of Nuclear and Radiation Safety of Nuclear Facilities of the USSR Gosatomnadzor, spoke about the consequences of this. 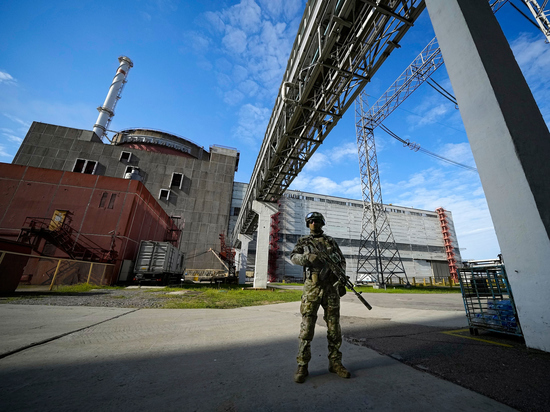 The head of the military-civilian administration of the Zaporozhye region, Yevgeny Balitsky, referring to representatives of the nuclear safety of the station, said that the Ukrainian military could plan a drone attack on the cooling system of the reactors at the station.

“The reactor cooling system is located inside the containment,” explains Professor Vladimir Kuznetsov. – If they sent their drones there, they aimed at the reactor compartment. Because everything is there inside this “barrel”.

— The conclusions made by the station's nuclear safety service are correct. The head of the military-civilian administration of the Zaporozhye region is going to apply to the UN, the IAEA to qualify the actions of the Ukrainian side as nuclear terrorism. But I don't think the international community will take any action. Most likely, they simply will not notice this appeal. We have repeatedly criticized the activities of the IAEA, but things are still there. They do not respond to any requests.

– Only install air defense systems that should work. They are standing there, but the number of missiles and drones that the Ukrainians launch at the station may exceed our capabilities.

Buses come to the station when the workers leave. For employees of each block, 2-3 buses are needed, that is, there is a whole line of them.

By attacking the station, Kyiv has two goals. The first is to intimidate both the station staff and the local population. And the second goal is to show the West how effectively they use the weapons that are supplied to them. In particular, that they are capable of attacking even such a protected object as a nuclear power plant. In some ways, they even want to intimidate Europe so that they supply them with as many weapons as possible.

Something else strikes me: do the Western curators of Ukraine really not understand that in the event of a man-made disaster that the Armed Forces of Ukraine can arrange, the radioactive cloud will go to Europe?! Of course, it will also work for us, but 70% will go for them. This is due to the wind rose. No one says to the Ukrainian military: “What are you doing?!” There are international treaties, according to which, in the event of hostilities, nuclear power plants must be excluded from the targets of possible destruction. But the APU doesn't give a damn about it. And there is no one to rein them in.

— There is a standard system, the reactor is being cooled down. It takes, in a good sense, three days. If the reactor is damaged at power, this is one thing, and quite another when it is planned to be cooled down. If anything gets into it, then the equipment of the primary circuit will be under operating parameters, the required pressure and temperature will be maintained. It is summer now, so much electricity is not needed as in winter. Why keep the station in working order if there is a threat of attacks on it?

Vladimir Kuznetsov also believes that right-bank Ukraine should be cut off from the power supply.

—The power supply to the territories controlled by Kyiv should be stopped. I have a strong position on this. They will connect other stations, they have Rivne and Khmelnitsky nuclear power plants. They will throw, power lines will be stretched from there. We need electricity for Crimea, there are four main lines, we are doing it.