Representatives of the military department spoke about the experience in Syria

Representatives of the military departments of Russia, Brunei, Vietnam, Indonesia, China and other countries discussed issues of countering terrorism. On Wednesday, July 20, Kubinka, near Moscow, hosted the 13th meeting of the Expert Working Group of the Meeting of Defense Ministers of ASEAN Member States and Dialogue Partners (“CMAA Plus”) on countering terrorism. 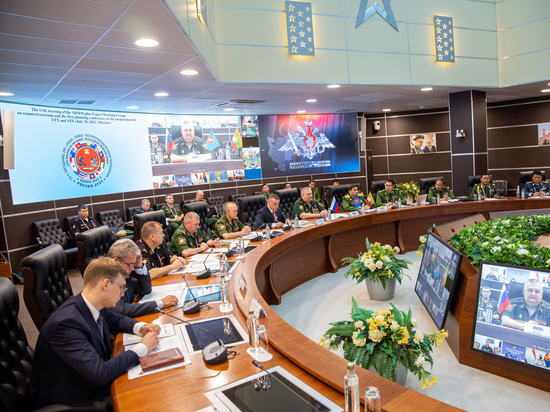 Photo: Ministry of Defense of the Russian Federation

In addition to the Russian Ministry of Defense, the meeting was attended by representatives of the military departments of Brunei, Vietnam, Indonesia, Cambodia, Laos, Malaysia, Myanmar, Singapore, Thailand, the Philippines and China. The Russian delegation brought up approaches in the field of countering international terrorism and shared its experience in the anti-terrorist activities of the RF Armed Forces, including in Syria. Also at the meeting, the parties exchanged views on issues of combating terrorism and agreed on scenarios for holding a command-staff training and counter-terrorism exercises scheduled for 2023. “SMOA Plus” is a mechanism for interaction between the defense departments of ten countries of Southeast Asia and dialogue partner states (Australia, India, China, New Zealand, Republic of Korea, Russia, USA, Japan), created in April 2010 at the initiative of Vietnam .

The goal of “SMOA Plus” is to provide favorable conditions for an open and constructive discussion of defense and security issues, deepening trust and mutual understanding in the region, and establishing practical cooperation between the military of the participating countries.