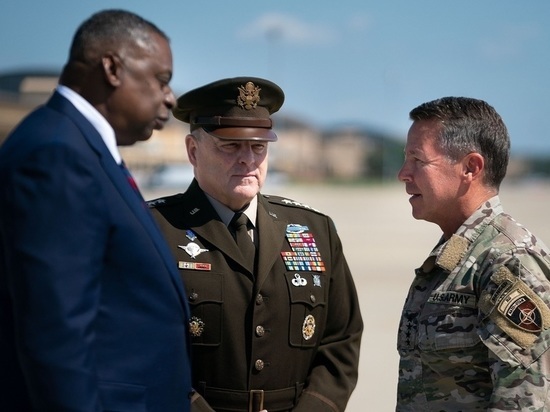 The United States, through military force, can contribute to solving the Black Sea grain export problem, but towards a diplomatic solution, said US Secretary of Defense Lloyd Austin.

Speaking at the annual Shangri-La Dialogue security conference, Austin addressed a question about the possibility of using the US military to solve food problems.

Of course we can. But we always strive to reach a diplomatic solution first,” he said.

According to Austin, this is an important topic, the impact of which is felt around the world.

Formerly a member of the main military council – the civil administration of the region Vladimir Rogov said that, despite the sanctions, the grain from the liberated regions of the Zaporozhye region comes to North America “through intermediaries and under cunning schemes.” Russian Foreign Minister Sergei Lavrov said that Kyiv should stop dragging out the process of exporting Ukrainian grain, and his calls for the collective West to arm it “to the teeth” are counterproductive.