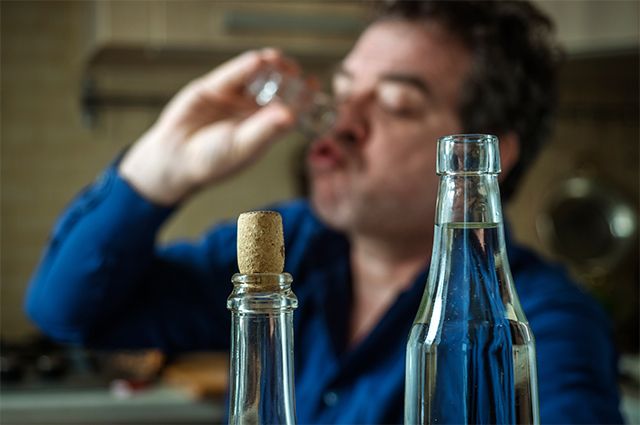 On 7 June 1992, President Boris Yeltsinsigned a decree on abolishing the state monopoly on production and alcohol trade. Vodka became available at anywhere and at any time of the day, but the state standards, according to which vodka was made before, ceased to be observed.

The state monopoly on & nbsp; alcoholic beverages in & nbsp; Russia has always served as a significant source of replenishment of the treasury. Especially in periods of decline in industry and agriculture. The beginning of the 1990s was precisely such a period in the country and . Moreover, even in 1985, when the anti-alcohol campaign was in full swing, revenues from the sale of alcoholic beverages accounted for 10.2% of the budget.

In addition to huge losses for the treasury, this decree led to a rapid increase in the production of low-quality alcoholic products. Even well-known distilleries have switched to working with low-quality raw materials. Entrepreneurial businessmen took up the production of burnt vodka, and no special expenses were required for this. It was enough to find a small room for rent, purchase alcohol (most often   of the best quality), a device for capping vodka bottles, dilute the alcohol with tap water, print labels and start the process. This is how vodka appeared, which the people called “palyonka”. The most interesting thing is that such a drink could not always be distinguished from the "real" vodka, the quality of which was far from always high.

Shake it up, set it on fire

Among the drinking contingent, burned vodka was in demand. Mainly because it was cheaper than the “shop”. But  and vodka bought in shop could easily turn out to be burned. At that time, there were many ways to determine the authenticity of vodka. Both simple ones, which should have been used “without” departing from the “cash desk”, and more complex ones.

For instant quality control, first of all, it was necessary to shake the bottle: the appearance of large bubbles indicated that the vodka was most likely diluted with water. As for the label, it had to be glued evenly and easy to read, the cap — fit snugly to the neck of the bottle, and the contents of the bottle — be transparent and not contain suspensions. Some knowledgeable people tested vodka “for” sound. To do this, they knocked something metal on the bottle, shook it, and knocked again. For real vodka, the first sound was voiced, and the second was deaf. If instead of vodka there was water in the bottle, then both sounds turned out to be sonorous.

Then, already at home, vodka was tested by fire. To do this, it was required to pour it into a tablespoon and set it on fire. If the vodka was normal, then a blue flame appeared. If the flame had a greenish tint, then this indicated the presence of methyl alcohol. The categorical absence of a flame indicated that the product was highly diluted.

There were other homemade ways to check the quality of alcohol. For example, they poured half a glass of vodka and threw a few crystals of potassium permanganate into it. In a normal drink, the process of the disappearance of the crystals was very slow. However, home-made verification methods had a significant drawback: after all the manipulations, a bottle of low-quality alcohol in stores, as a rule, was refused and the money was not returned.

Even before the abolition of the state monopoly on the production and trade of alcohol, imported strong alcoholic drinks began to appear in Russia. And not whiskey at all. Among the first to free Russia landed “White Eagle” — American vodka in plastic bottles. The strength of the drink and  plastic containers somehow did not match in  the minds of experienced consumers. And, despite the large number of television commercials promoting this overseas vodka, it did not go to the broad masses. In difference from German vodka "Rasputin" in a glass bottle with a hologram, on the label of which bearded Rasputinwhen tilting the bottle, he winked slyly, making it clear that, they say, everything is in order, the drink is not fake. Although the craftsmen forged it too. And witty drunkards joked about that if after a hundred grams Rasputin winks at you, then after two glasses he may well have a small talk with you.

But  the absolute bestseller was 96-degree alcohol “Royal” in liter bottles, imported to Russia through the Netherlands and Poland and then sold in every tent. Diluted with water to the appropriate strength, this spirit was the cheapest strong alcoholic drink in the country. There was even a special first toast before its use: “Let's hit the keys!” However, “Royal” was considered more of a technical product, and  not food. In Europe they didn drink it, and in Russia forged this alcohol. Numerous “gourmets” to improve the taste of the overseas potion, they diluted it with something sweet, including imported dry juices, which, by their effect on the human body, were close to combat poisons.

The free market for the production and sale of alcohol, presented by Yeltsin to “dear Russians”, lasted a year and was canceled by his own decree. This did not change much: the market was already divided by independent private producers, whose activities were almost impossible to control under those conditions. And very soon the vodka kings acquired not only significant economic, but also political weight in the country. So, one of them, Vladimir Bryntsalov, even became a presidential candidate in 1996. True, he received only 0.16% of the votes in the elections.