“The events were provoked by internal forces”

The tragic events in Kazakhstan attracted the attention of domestic conspiracy theorists. As a result, quite bizarre versions of who, why and why exactly provoked the riot in the neighboring state now appeared in the quite official Russian online media. 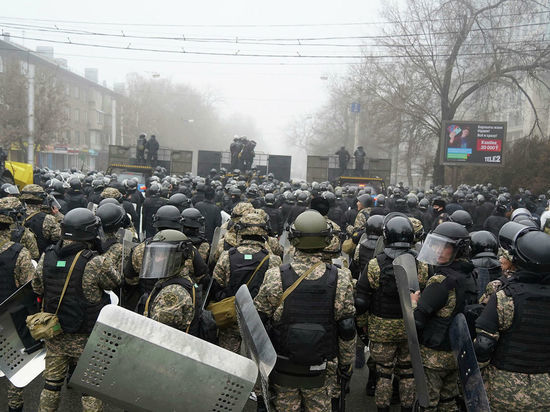 The essence of conspiracy theories and significant allusions is that the unrest was provoked by external forces in the long term to deprive Russia of a powerful geopolitical shield in the south, and in the near – to weaken its negotiating position at the upcoming meetings with the Americans and Europeans next week. At the same time, some “experts” confidently indicate the centers of the conspiracy, guided by the favorite proof of conspiracy theorists – “because it is most beneficial to them.”

Serious experts either refuse to comment on such versions at all, or openly laugh at them. For example, the director of the Institute of CIS Countries Konstantin Zatulin said about the thesis about the organization of riots by some forces external to Kazakhstan:

– These events were provoked by internal forces. And external forces can connect to this. What they most likely do, as in all other cases.

– I am not a supporter of conspiracy theory … And before there is clear information about who ordered, what were the prospects for this, there is nothing to say about it.

Experts also unanimously refuse to speak seriously about the fact that the unrest in the neighboring state for a reason began on the eve of the meetings with the Americans and Europeans. At the same time, Konstantin Zatulin, speaking of the allegedly special choice by the provocateurs of the moment when Russia's attention is diverted to the Western agenda, points to inconsistencies in this version:

– I think it happened unintentionally. In any case, then it should be assumed that the increase in gas prices, that is, what became the trigger, was a deliberate provocation, given the meeting between Putin and Biden. It is hard to believe in such a version.

Yevgeny Satanovsky generally refuses to see here some kind of distraction and loss of control over some of the foreign policy directions:

– I don't know about that. The political leadership decided that our peacekeepers would fly there after receiving a request from the Kazakh president.

As for such theories in general, Konstantin Zatulin gives them the following assessment:

< p>– There are people on the Internet who are convinced that Russia should not think about anything except Russia itself, and it should not participate in the peacekeeping operation, we must forget about the 3.5 million Russians who may be hostages of this situation. “Balabols” have a different opinion on the Internet, who see the hand of the West everywhere. And there are the same in the West who see Moscow's hand everywhere. And that is why they are widely discussing it.

Naturally, it is difficult to refrain from the question of what, on what circumstances the further development of the situation will depend. Yevgeny Satanovsky answered it like this:

– It depends on the accuracy of shooting to kill, about which the President of Kazakhstan spoke. On this score, many were worried, a whole representative of the White House said that how can it be, shooting to kill, but what about human rights. When there is an attempt to seize power in your home, you will either kill everyone who is trying to destroy your country, or some cells will still remain, and the infection will flare up again. And that's all.