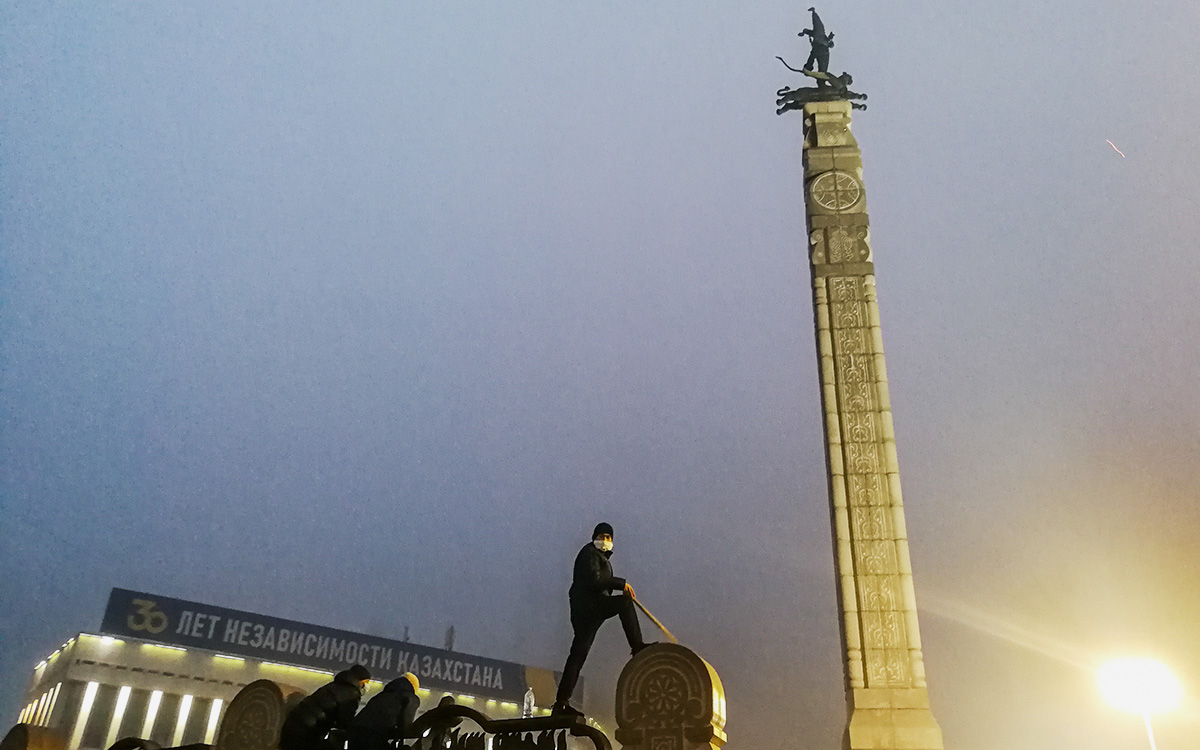 An anti-terrorist operation has begun in Alma-Ata, the airport has been liberated, said the deputy head of the city administration Yerzhan Babakumarov. A statement from the city's commandant's office indicates that in Alma-Ata, “ highly organized gangs are rampaging, '' whose attack is 'an act of aggression, an attempt to undermine the integrity of the state.' authorities in establishing constitutional order.

They also indicated that the appeal of the President of Kazakhstan Kassym-Zhomart Tokayev to the CSTO partners for help is a necessary measure to protect the state from external threats.

Earlier, Tokayev said that administrative buildings and infrastructure in large cities of the country were being seized by “ terrorist gangs '' trained abroad. In his words, battles with them in the vicinity of Alma-Ata are being fought, among other things, by the airborne unit of the Ministry of Defense.

Tokayev called the appeal to the CSTO partners “ appropriate and timely. ''

In the evening of January 5, a state of emergency was introduced throughout Kazakhstan. It provides for restrictions on movement, a ban on mass gatherings and strikes, and also allows law enforcement officers to conduct personal searches of citizens and inspect cars.